Lucky Tiger is one of two games in the Mighty Coins Double Up family which offers double the fun with two sets of Hold & Spin reels. Mighty Coins Double Up is an extra ways game which incorporates a volatile math model with frequent features and on-trend game mechanics. Players have the ability to win the Grand Jackpot two times and bonuses and jackpots up to four times. Mighty Coins Double Up utilises the full portrait screen with seamless graphics and features that fill the entire screen. The Hold & Spin feature is triggered with 6 or more (1c/2c) or 5 or more(5c/10c) coin symbols appearing on landed reels. During the free games feature, all royals are removed, making for more exciting wins. 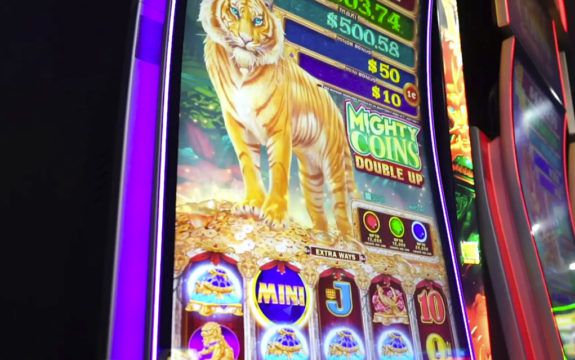