Golden Century is one of the first four offerings in the Dragon Link family. Developed by HRG studios, the creators of Lightning Link™, Dragon Link features additional high denomination options to suit a diverse range of players. Golden Century features the famous Hold ‘n’ Spin feature, scalable bonus prizes, cash on reels and some new functionality including the ability to win up to 250x your bet on a scatter. During the Golden Century free games all special symbols will reveal the same symbol, including the chance for jackpot symbols, which provides players an additional way to trigger the Hold n Spin feature. 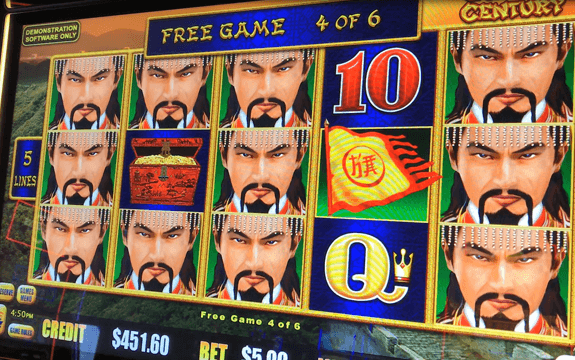